Use this recipe to help create a plant based curry to your own taste.

This is one of my favourite go to vegetarian dinners. Roasted Cauliflower, Butter beans and Paneer.
I have adapted the original recipe a little bit. But the two key ingredients are always Tikka Masala Paste and Coconut Cream/Milk.
The rest of the ingredients are Pumpkin, Carrots, Sweet Potato, Spinach, Lemon and Naan Bread.

I get a veg box delivered most weeks. It started as a way of encouraging me to eat more veg and has become a creative outlet both in and out of the kitchen.

It forces me to use vegetables I probably wouldn't buy myself. I was never a huge fan of cauliflower unless it was smothered in cheese sauce. However it kept coming in the boxes, and would just loiter in the fridge... so I had to find a way of using it.

This curry is an adaptation of one from a Sainsbury's magazine. It's delicious, it uses a lot of cauliflower, it's simple and (bonus) it's vegan. It's brilliant for big parties because you can just make a huge pot of it, it's not overly spicy and avoids the most common allergens.

The 10 Steps or Less recipe series is something I'm working on part time, but this was the first one I made entirely on the iPad rather than doing the lineart by hand. 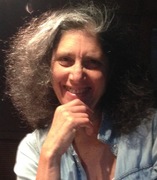 This mixed vegetable curry dish is tasty, quick and easy to prepare.
Try sweet potatoes instead of white potatoes. Broccoli can substitute for cauliflower. Left over curry is delicious.
Keep covered in a bowl, and refrigerated for 2-3 days. Enjoy!

We cook this for potlucks with two heads of cauliflower and come home with an empty dish every time. It's so tastyyy! You can vary the spice level and you could even cook it as a whole cauliflower, though that needs to be tested first! You can switch the oil for coconut oil or butter if you prefer. All variations have come out delicious!

Food Geometry. This is a super healthy and super easy to make pizza, despite its geometric precision ;o)

Vegan recipe to cook delicious and healthy spinach with a cauliflower cream.

This vegetarian Thai green curry recipe is easy and delicious, perfect for a quick lunch or dinner!

Discover Your Rainbow by Becca Boyce

There is no doubt eating a rainbow is healthy for you, but don’t forget to eat local for the health of our planet too!

It’s always tempting to look to the exotic or tropical when eating a more vibrant plate, but I wanted to celebrate more local produce, including delicacies such as milkcap mushrooms, padrón peppers and yummy calçots, with many icons inspired directly by my own little garden.

I hope you enjoy my rainbow, and have fun discovering the rainbow in your own backyard!

Vegetables are gorgeous and they need more appreciation of their beauty (and health benefits). Vegetable platter is a way to add more beneficial food to your diet with fun and ease. It’s so simple and in the same time not boring - you can choose veggies you like, you can pick a dip to accompany, you can eat it on its own or serve as a garnish. So I want to celebrate this magical dish!

Eat The Rainbow by Bex Morley

Fruits and vegetables arranged by colour as a gentle remind of what's available. Hand-drawn in a vintage style.