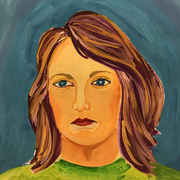 Pumpkin For Pets by Mitzie Testani

I was sooo tempted to use color inks, I thought I'd do something more traditional for inktober. Did you know you can feed cooked pumpkin to cats and dogs? Just mix it in with their wet food (but make sure no seeds or skin.)

Quick and easy Candy Apples for everyone! I am a current sophomore in Illustration at CIA.

“Nonnevotten”, literally translated to Nunbutts! :)
A tasty snack, which exists since 1648 and originates from Sittard (a city in the Southern province of The Netherland). They were made by nuns, who sold them to buy clothes for the poor. The nuns wore an apron and it was tied on their buttocks with a bowtie. In Southern Dutch dialect a butt is called “vot” and a nun is called a “non”, Therefore they are called Nonnevotten.

Nowadays Nonnevotten are very often eaten during the carnaval period, especially in the Southern provinces of the Netherlands.

Credits for the recipe for Jolanda’s Bakhuisje (@jolandasbakhuisje) and used for my drawing with approval of her.

A five step recipe that will get you in the spirit of fall and all of its fun friends and festivities! I am a current sophomore at the Cleveland Institute of Art and this is my first recipe submission, I hope you enjoy!

This is a recipe I found to love! I have always liked strawberry flavored foods so I thought this would be the perfect choice to also combine my love and passion for character design! I’m a current student at CIA and we ended up having to a create a draw and cook design as a project this year ❤️

Spinach dip is a recipe my family often makes for parties. During quarantine, I've missed our family get-togethers so I decided to illustrate one of my favorite parts.

Summer Flavors you can have anytime! The amaretto helps warm you up if you're curious about it in the cold. It's never too cold for ice cream, it's summer somewhere. 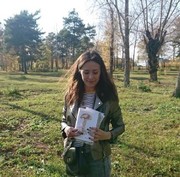 It's my first favourite recipe. While it's simply made, it's still delicious.

My favourite homemade carrot cake recipe which I cooking again and again. All of these ingridients are simple and always at home.

A selection of cute Halloween treats on a stick for a chilling good time!! 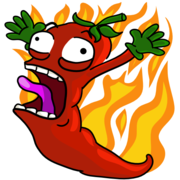 The october started and so did the autumn/fall a few ays ago! I wanted to try new recipe for this awesome season..and it became "pumkin pie" !

Easy to make and fun to decorate, this sugar cookie recipe is great for family baking.