This potato salad is divine.
I'm not a mayonnaise lover, but vinegary dressings are my thing. You can go as heavy as you want but leaving the honey-mustard shine through is key. 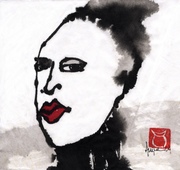 Refreshing alternative to the classical tzatziki, try it as a sandwich spread, with tomateos and salada or over your baked potatoes. Always keep your yogurt in glass jars and they will last longer in the fridge.
Digital pop art in Procreate. 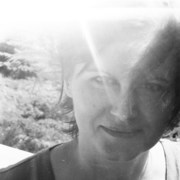 This salad is super refreshing and perfect to serve this summer. It’s salty, sweet, zippy and herbaceous in flavor, you'll love it!

Shirazi salad (Persian:‎ salad shirazi) is a popular traditional Iranian salad that originated from and is named after Shiraz in Southern Iran.
Its primary ingredients are cucumber, tomato, onion, olive oil, herbal spices and verjuice, although lime juice is sometimes used in its preparation but verjuice is the right ingredient. In Iran, it is eaten in the summer as a side dish on its own, and year-round as a side dish alongside meat-based foods such as kebab, and as a side dish before and after meals .
You’ll love how simple it is, yet so bright and packed with flavor!

An explosion of summery saladness

Tangy , full of crunch , protein and texture, this salad is a much loved recipe at my house. I loved illustrating this recipe digitally. The borders feature Indian designs called Rangoli/kolam that are decorative drawings done in rice flour or colored powder to adorn the entrances of homes. When done in rice flour, these designs become food for little creatures like ants. 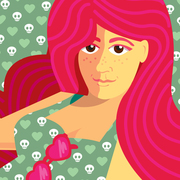 This classic Italian recipe is a great way to use up day-old bread! You can add cheese or leave out the cucumbers...there are many variations of this salad. 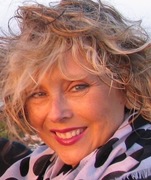 This Ukrainian summer salad is cool perfection. I grew up eating it at my Babunya's beach house. We picked the cukes fresh off the vine, and combined them with smooth sour cream, tangy vinegar, a bit of sugar and plenty of fresh dill. 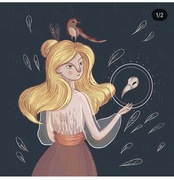 Delicious vegetables can also provide us with protein. Moreover, it is as colorful as summer.

Being Chinese American, it's a salad from my childhood that never disappoints and always refreshing for the sunny summer funs. Here are the ingredients. Have fun splashing and experimenting around (hint - the size of each ingredient represented is proportional to their needed ratios.) Enjoy~ 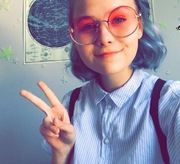 This a very easy & extremely refreshing salad! Perfect for the hot summer afternoons

One of my absolute favorite dishes to eat when I visit my family in Hawaii is poke. This simple soyu version is quick and easy. With so many variations available, I could eat it every day and never get tired of it.

I am fond of making this fresh salad from Farmers market . Fresh , nutritious n full of Fibre plus easy to make.