Cupcakes with wholewheat flour and berries by Svitlana Kovalska

For those who choose healthy baking

I was recently introduced to this delicious drink by a friend on a very cold day. It's so comforting and warming, perfect in wintertime. This is the way I make it at home and have it in my favourite mug.
The illustration is created with mixed media.

Have you ever heard of muller beer (yes, beer)? No? So try this Polish recipe for a warming drink, perfect for the winter. I come from Poland and I decided to show you some original and surprising recipes from my land. It was originally inspired by my lovely friends who wanted to try some unexpected combination of flavours from my region.

Using your oven and a few items from your pantry, you can create this simple but elegant and aromatic decoration.

A crisp cookie originally brought to Mexico by Spanish settlers (some say invaders) and then to the Nuevo México Province. Known as ‘Mantecados’ in Spain.

“Butter, margarine or vegetable shortening can be used a substitute for lard, but the cookies will be not as crisp and moist. Apple juice or milk can be used to replace the brandy.”

A yummy twist on a Latin American classic!

A childhood favorite that brings back memories and feelings of excitement whenever the paleta cart would ring its bells in our neighborhood!

A manly take on a sugary sweet classic

Cinnamon Sugar Bun in a Mug by Juli Sivers

My go to solution when I'm craving baked goods, but I'm too lazy for *real* baking, or for going to the store.

Make your home smell festive and amazing with this simple simmering pot of fruit and spices! 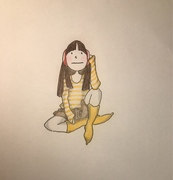