This is my submission for the design challenge - Edible Flowers.
I love to paint flowers, and to combine them with a recipe illustration has been a wonderful experience as I illustrated this DANDELION JELLY. The Dandelion blossoms and leaves are handpainted in watercolours and digitized for this purpose.

Edible Flowers
In Italy, we use to cook the courgette flowers (called "fiori di zucca fritti").
They are easy to make and are great at capturing the spring and summer seasons in their flavors and colors.

I get a veg box delivered most weeks. It started as a way of encouraging me to eat more veg and has become a creative outlet both in and out of the kitchen.

It forces me to use vegetables I probably wouldn't buy myself. I was never a huge fan of cauliflower unless it was smothered in cheese sauce. However it kept coming in the boxes, and would just loiter in the fridge... so I had to find a way of using it.

This curry is an adaptation of one from a Sainsbury's magazine. It's delicious, it uses a lot of cauliflower, it's simple and (bonus) it's vegan. It's brilliant for big parties because you can just make a huge pot of it, it's not overly spicy and avoids the most common allergens.

The 10 Steps or Less recipe series is something I'm working on part time, but this was the first one I made entirely on the iPad rather than doing the lineart by hand.

My Nana always makes a delicious broccoli casserole for holiday dinners and she keeps the same old piece of paper with the recipe on it, so I decided to give it an upgrade! I kept her authentic script for the ingredients and steps but I illustrated everything else and hand lettered the title. Do you like broccoli? It is definitely one of my favorite vegetables! So yummy!

I am a student at Massachusetts College of Art and Design.

This chowder is absolutley my favorite thing that my boyfriend makes for us, and I often bug him to make it. You can make the cashew cream at home by blending up soaked cashews, salt, and water! 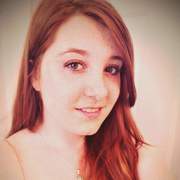 With summer still months away, I’ve been dreaming about the day I can have steamed mussels again! 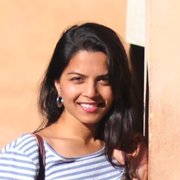 Here I tried to bring in some Indian influence on the border. I am a fan of the paper texture and how organic a drawing looks. This was supposed to have been submitted for the beans around the world contest but I didn't finish on time.

A really nice and refreshing chutney made fresh. It pairs well with cheese, dal and rice, some can even take it as far as having it along with eggs.

Frijoles with Dad by Matthew Rivera

As a child, my father had Friday's off from work. In the morning, he would put on a big pot of pinto beans that we would eat together for lunch. I would sit at the table and play with my toy animals and use uncooked beans as ‘feed.’ We always had fresh tortillas for scooping and my dad would shred cheese for us to put on top. This is one of my favorite memories growing up! My mom would then turn the leftover beans into refried beans for other meals over the next few days. 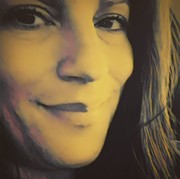 This is a quick and easy recipe for refried beans that my family loves. At least a couple times a month I get a request to make "Mama's Yummy Beans!"

This piece illustrates my memories of being a kid and interacting with my dad's making of his refried pinto beans. Medium is pen and colored pencil.

79
Add To Favorites
Share
Comments
Link
Tags: Side DishBeansSweet & CuteBeans Around the World

Since I can remember, my family has enjoyed black eyed peas and other savory side dishes on New Year's Day to symbolize the good luck and fortune we want to invite into our new year. This illustration depicts our recipe (with a few modern updates) and shows a family enjoying the tradition. As I was finalizing this illustration I found some old stationery my late mother had written some recipes on. It was such a treat to be able to include it in this drawing about family traditions.

158
Add To Favorites
Share
Comments
Link
Tags: Side DishPeppersBeansSweet & CuteGarlicOnionsBeans Around the World

Beans Around the World

77
Add To Favorites
Share
Comments
Link
Tags: Side DishBeansRiceBeans Around the World

This is a dish I concocted one evening as I was rummaging through my cupboards fancying something beany with a smoky flavour which would also use up a random carrot and a few tomatoes. I'm always delighted when these dishes turn out well and this one has become a favourite of mine. You can have it with rice, in fajitas or with (my favourite), baked sweet potato. The combination of the smoky beans with the sweetness of sweet potato is a total delight, nom! Happy beaning!